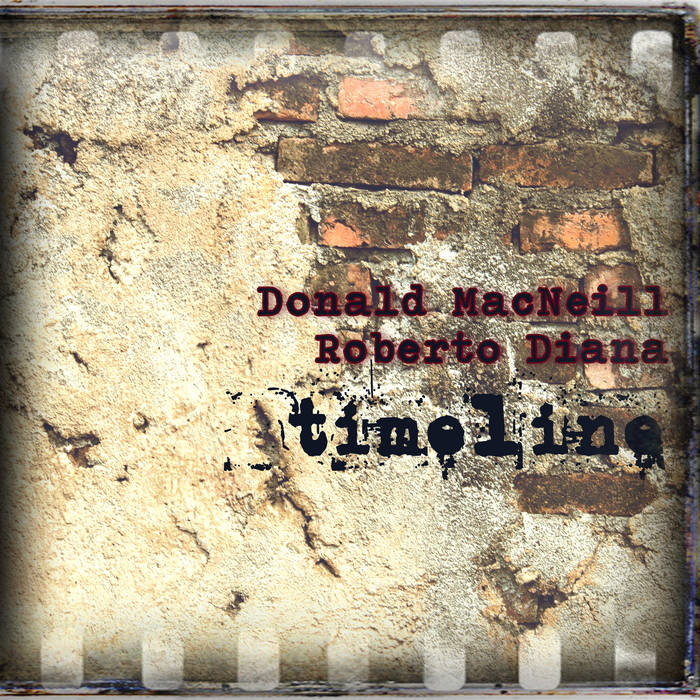 Timeline is the result of a collaboration between Scottish Hebridean songwriter Donald MacNeill and Sardinian multi-instrumentalist, composer and producer Roberto Diana. Donald and Roberto first met in 2008 when Roberto worked, as part of Italian Rock Band Lowlands, on Donald’s album Fathers and Sons.

“Fathers and Sons is a lovely gentle acoustic and charismatic album that gets under your skin…when a delight like this comes from left field (literally if you look at the map) it’s worthwhile, and a welcome reminder that evocative music can come from anywhere.” fRoots, May 2012.

Timeline is a collection of new songs written by Donald, mainly looking back at life on the Island of Colonsay. Most of the songs are observational, some personal and some tackle issues in the wider world.

Donald MacNeill has been chronicling life on Colonsay for the last 40 years, his songs describing life and society as it has evolved over the decades. Timeline looks back at people and places; and describes events that have now been absorbed into history.

Roberto was given complete freedom to interpret the songs as he saw them. The result, as Donald says, was “instruments and texture I would never have dreamed of.”

The genesis of Timeline was a throwaway remark made by Roberto during a visit to Colonsay in 2013.

Donald says: “Roberto said he would be interested in producing some songs for me so when I finally decided I had enough new material for an album, I sent an e-mail and put the question! Having listened to some demos and felt he could do something with the songs, Roberto invited my wife and I to his home where we spent two weeks making music and enjoying the very beautiful Island of Sardinia. While not surprised that he empathised musically with the new songs, Roberto’s ability to understand and interpret the lyrics was much more than I had hoped for. Roberto is a virtuoso guitarist, who incorporates lots of percussive effects into his solo concerts and these traits are evident in Timeline. Despite a thirty year difference in our ages we work very well together, and whilst I did the writing and singing, the album is very much a partnership, and one that I’m very proud of.”

Guests include Kassa Overall and Muriel Grossman, plus an LP of the week by Van Hunt.